Superheated steam has important advantages on certain applications, for example, when used in power stations to drive turbines. For efficient use on heating applications however, the steam must be desuperheated. This tutorial considers basic desuperheating theory and calculations.

The relationships between these three properties are well documented and can be found in most texts relating to the thermodynamic properties of steam. 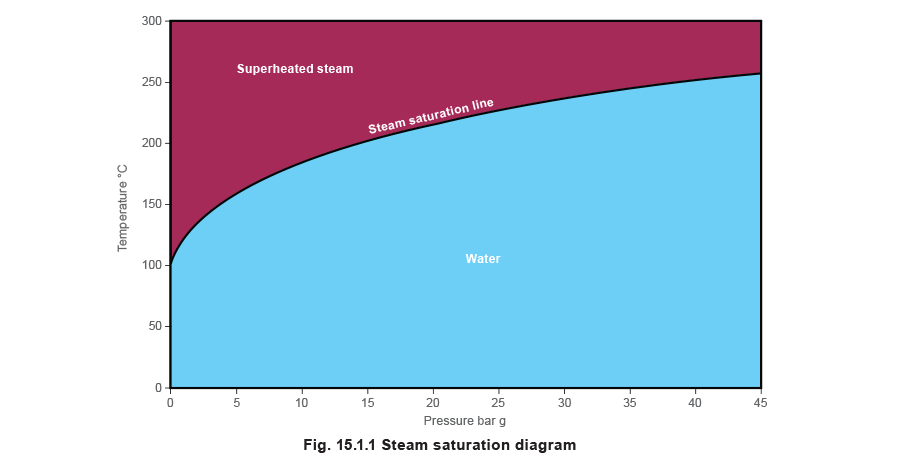 Superheated steam is principally used in power generation plants as the driving force for turbines.

A review of the Rankine gas cycle will demonstrate that, for driving turbines, superheated steam is more thermally efficient than saturated steam.

The use of superheated steam has a number of disadvantages:

Once the superheated steam is cooled to saturation temperature, the heat transfer coefficient increases dramatically, and the temperature at which the steam condenses back into water is constant. This greatly assists accurate sizing and control of heat transfer equipment.

The presence of high heat transfer coefficients associated with saturated steam leads to smaller and cheaper heat exchangers than those which utilise superheated steam.

There are basically two broad types of desuperheater:

The amount of water added must be sufficient to cool the steam to the desired temperature; too little water and the steam will not have been cooled enough, too much and wet saturated steam will be produced which will require drying through a separator.
Using Equation 15.1.1, which is based on the conservation of energy, the cooling liquid requirement can be easily and quickly determined:

Determine the required cooling water flowrate for the conditions in the following Table:

The necessary information can be obtained or interpolated from hard copy steam tables; the relevant extracts are shown in Table 15.1.1 and Table 15.1.2. Alternatively, the Spirax Sarco online steam tables can be used. 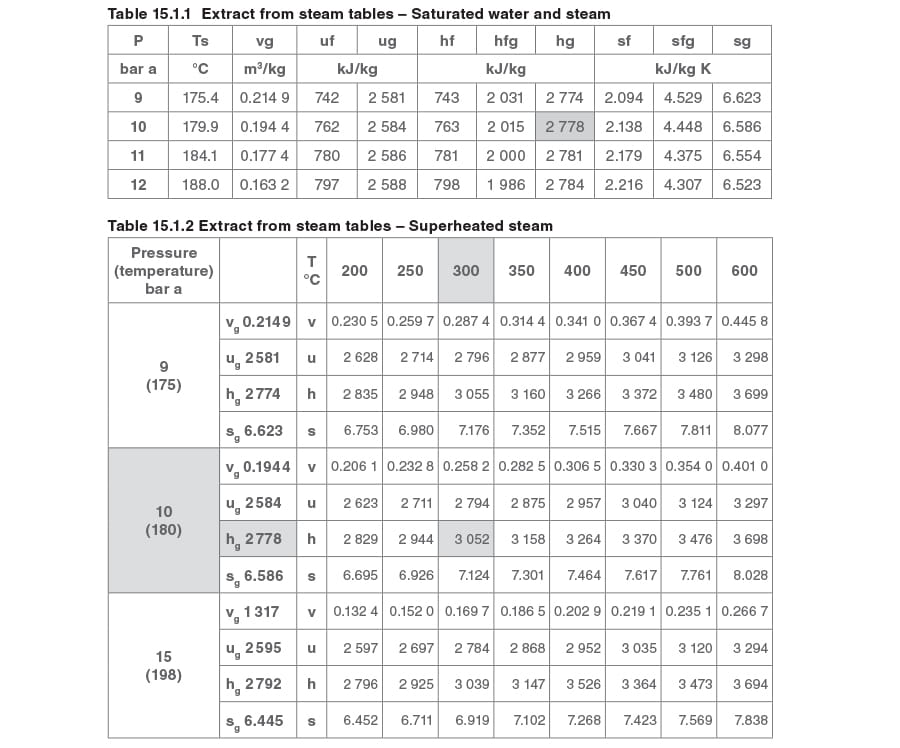