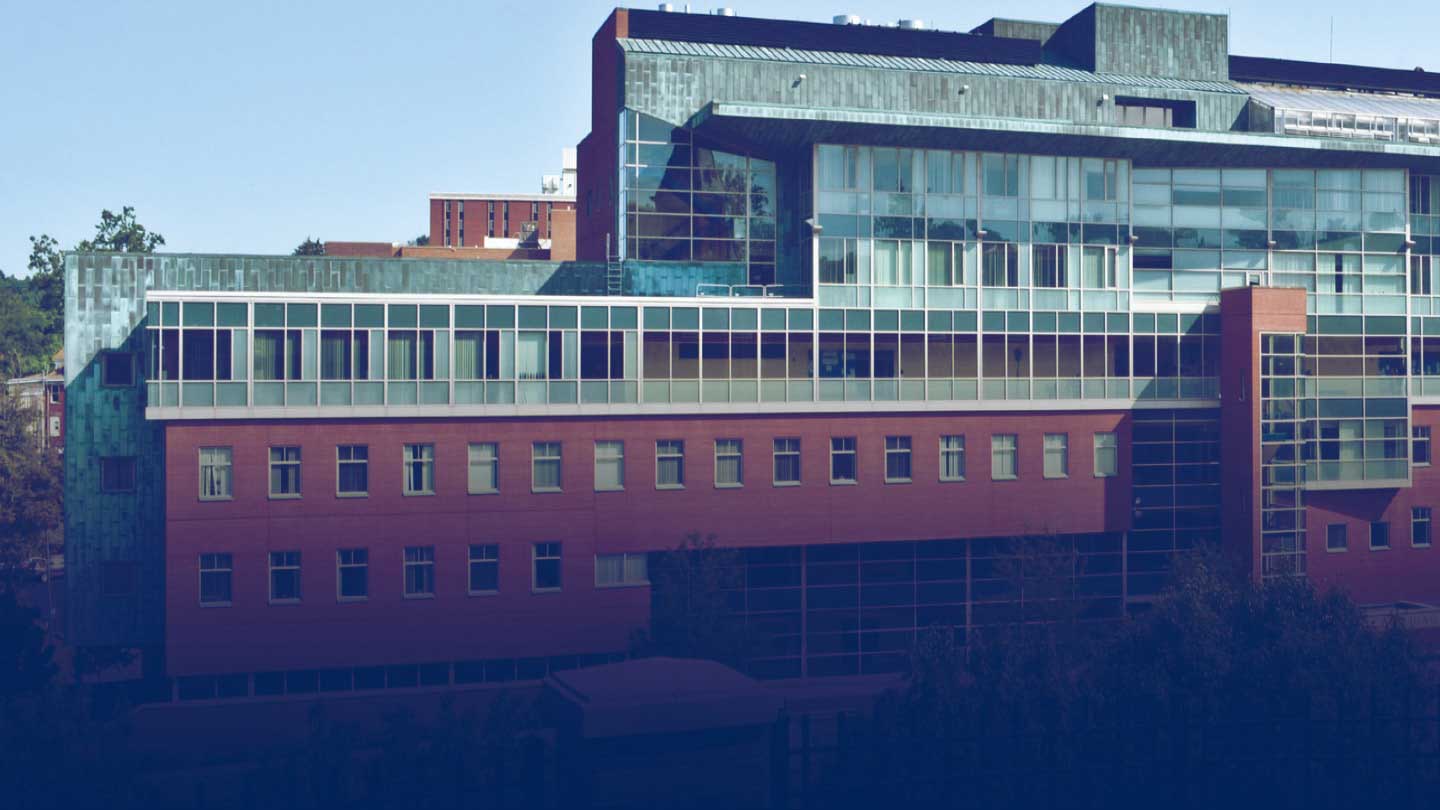 The installation of Spirax EasiHeatTM packages

Another Champion for West Virginia University

Constructed on the former site of Old Mountaineer Field, the Life Sciences Building distinguishes the entrance from the North to West Virginia University’s downtown campus. Home to the biology and psychology departments, WVU’s Life Sciences Building, which opened in 2002, has eight floors of research labs, classrooms, and faculty and administrative offices. Special features of the 196,000 sq ft landmark building include a greenhouse, herbarium, auditoriums, and an out-patient mental health center, which provides low-cost, high-quality psychological services to the community.

Having a new, modern facility doesn’t necessarily mean everything works as it should. “Ever since the building was built - around 2002 - we have had problems with the domestic hot water heaters,” said Steve Adams, Operations Manager for WVU. “The heaters provide domestic hot water to restrooms and various laboratories.”

Although the steam, which the university purchases from Morgantown Energy Associates, is high quality, the hot water was brown, rusty and wasn’t suitable for laboratory use or even hand washing. There were four domestic hot water heaters installed when the building was constructed. However, the original system was not designed in accordance with steam principles and best practices, and consequently its deterioration was inevitable.

From the beginning, the original shell-and-tube units exhibited poor steam control, ineffective condensate removal, and problematic operation, which resulted in leaks. The system required constant maintenance. Regardless of how much effort WVU’s topnotch maintenance staff put into this system, the problems continued. “Equipment kept breaking, valves were constantly leaking, and there was always condensate leaking on the mechanical room floor,” reported the Account Executive for Spirax Sarco.

When the Account Executive assessed the problematic hot water system it came as no surprise to Adams that the Spirax Sarco EasiHeat heat exchange systems would be recommended to reliably provide ample, clean hot water. WVU’s business relationship with Spirax Sarco began more than 15 years ago. Over the years, Spirax Sarco has supplied several EasiHeat packages, numerous steam traps, condensate recovery pumps, control valves, humidification systems, and meters. Spirax Sarco continually enhances its relationship with the university by providing training seminars and workshops to keep them apprised of the latest technologies and regulations.

“We were aware of the problem for a while because the maintenance staff had been complaining about it,” the Account Executive said. “The university was aware that something had to be done, but it took them a while to secure the funding.”

When the available funding was confirmed, the Spirax Sarco team and Adams went to work on designing the new hot water system for the Life Sciences Building. Specifying the new system required knowing the available water pressure, performing a fixture count, determining the maximum flow for each fixture, and calculating the maximum possible instantaneous usage.

Spirax Sarco replaced and commissioned two of the original four heat exchanger units with new EasiHeats. However, when the university receives its next round of funding, Adams will likely replace the remaining two units with only one Spirax Sarco EasiHeat package. “We realized that the facility didn’t need four units,” said the Account Executive for Spirax Sarco.

“Because the EasiHeat units are so much more efficient, the Life Sciences Building can run on three. EasiHeat units save equipment, space, energy, and money.”

Cause and Effect - and Consequences

Because WVU’s Life Sciences Building was recently constructed, hot water throughout the facility should not have been brown and rusty. “The original shell-and-tube heat exchangers were constantly flooded,” the Account Executive said. “When steam enters a flooded exchanger, the results are cavitation, erosion, and corrosion. Eventually the tubes will begin to leak. The resulting crosscontamination occurs when rusty water and condensate mix with the water that is supposed to be clean.”

The brown, rusty water was just the beginning. It was also evident that there were other troubles with the original hot water system. “Apparently, it wasn’t just one component that was problematic, it was the total performance of the system,” said the Account Executive. “Most of the time, there would be huge puddles of liquid on the mechanical room floor. This was from a control valve that had been damaged by water hammer.”

According to the Account Executive, the entire original system was problematic because of ineffective steam control and inadequate condensate removal. The controllers were not keeping the water temperature at setpoint, the Account Executive said. Instead of globe-type control valves, the original system had solenoid valves. There were three valves that would open when the controller called for more hot water. If the first solenoid valve didn’t maintain the temperature, a second solenoid valve would open, and then a third valve, if necessary. With the old system, water temperature was very inconsistent.

The frequent leaks in the original system were closely tied to inadequate condensate removal. “When a steam trap on the outlet of a heat exchanger isn’t working properly, it isn’t removing condensate,” said the Account Executive. “Consequently, the condensate stays in the line and the system floods. When the heat exchanger becomes cold due to flooding, it tells the control valve to open. When live steam enters a partially flooded heat exchanger, the result is cavitation, waterhammer, and thermal shock. Over time, a system with significant expansion, contraction, shock, and vibration will inevitably leak.”

EasiHeat uses a plate-and-frame type heat exchanger, which has a very large heat transfer surface area. The result is very rapid heating with very low-pressure drop - less than 1 psi, through the heat exchanger. Stable and accurate water temperature control depends on removing condensate from the heat exchanger effectively. “The EasiHeat uses the APT-14 pumping steam trap, which is a float controlled device,” the Account Executive said. “But it also works within a closed loop, which allows condensate to be removed under any pressure or condition within the heat exchanger.”

According to the Account Executive, the original shell-and-tube units did not have this type of steam trap, even though there was backpressure on the condensate return system. Because of the back pressure, the steam trap would not work under certain load conditions. Then condensate would flood the system, it would go cold; the control valve would sense this and open again, further compounding the control problems. The EasiHeat units solved all of that.

The EasiHeat heat exchange system is very effective because of the way Spirax Sarco sizes it to match the specific requirements of each application. “We size the unit so that the steam condenses almost instantly,” said the Account Executive. When the steam collapses, the system goes into negative pressure, which has greater latent heat, making the system much more efficient. If there was a regular steam trap on the heat exchanger outlet instead of the pump trap, it would never work. But the EasiHeat works “like a champion.”

Another useful feature of the EasiHeat is its ability to respond quickly to demand changes. For example, hot water systems in schools can experience demand spikes during class changes. If the system is not controlled properly sudden changes in flow can cause temperature spikes. If the EasiHeat system’s temperature probe senses a 3ºF rise in hot water temperature, a piston valve on the unit opens to mix return water with outgoing water to help regulate the temperature.

With as many as seven installed units, WVU has written the Spirax Sarco EasiHeat into its internal domestic hot water specification. “We like the products,” Adams said. “They work. We have had no issues since the EasiHeat units were installed. But it’s not just the products, it’s also the support. Our relationship with Spirax Sarco is exceptional.

Steve Adams is impressed by how well the EasiHeat units perform. “They are reliable, economical, efficient, easy to operate and provide excellent control,” he said. Adams is also extremely pleased with the support that Spirax Sarco has provided over the years. He knows that if there is a steam issue, he can contact anyone at Spirax Sarco and they will either have a solution or a product that will solve it quickly.