Minimize maintenance costs. Steam trap failures have been reduced. Condensate is returned instead of going down the drain. Steam system efficiency has increased while energy costs have decreased

Located in Richmond, Virginia Commonwealth University (VCU) Medical Center is one of the leading academic medical centers in the U.S. With five health science schools, the VCU Health System, and the Massey Cancer Center, VCU Medical Center is the only academic medical center in central Virginia. The 865-bed facility is the primary Level 1 Trauma Center for the region.

The four large boilers at the central steam plant generate steam for the VCU campus and medical center as well as for several adjacent municipal customers that purchase steam from VCU. The central steam plant is located across Interstate 95 from the campus, which covers several city blocks. A small facility that generates steam for remote academic buildings is located several miles away.

The central steam plant provides steam for domestic hot water, building heat, sterilizers, kitchen equipment, and other uses on the VCU Medical Center campus. Steam is distributed from the steam plant to its various destinations through a large header that crosses I-95 underneath a bridge and is routed through tunnels that connect the campus buildings, medical center, and municipal customers.

When steam is distributed, condensate must be returned effectively and efficiently, which was not the case at VCU Medical Center campus. Maintaining steam systems can be challenging if the facility does not have the proper tools, equipment, and knowledge in place.

When Reece Barefoot, district manager for Spirax Sarco, moved to nearby Midlothian, VA in the mid 2000s, he asked Paul Johnston, steam fitter at the VCU steam plant about the effectiveness of the facility’s condensate return. “My relationship with VCU started when I asked them what types of problems they were having,” said Barefoot. “I asked them, ‘What’s your biggest headache?’ Johnston told me that one of his biggest problems was condensate return. They also had to frequently replace motors, pumps, seals, and bearings due to problems with the steam system.”

Initially, Barefoot evaluated and recommended a solution for VCU’s condensate recovery issues in 2006. Since then, he has helped Johnston solve other steam system issues by providing numerous pressurepowered pumps, many steam traps, and a blow down heat recovery system—all from Spirax Sarco. In addition to identifying steam system problems, Barefoot also worked with VCU personnel to teach them how to identify steam system issues as well as make them aware of energy opportunities they could leverage.

Barefoot and Johnston worked together to determine that VCU needed a better condensate recovery pump solution to return the condensed steam from the campus back to the steam plant. The condensate piping was routed through the VCU tunnel system and included a section with a vertical run of several feet. This vertical section routed the condensate return line to a higher elevation before continuing toward the steam plant. Consequently, VCU had to deal with frequent piping failures such as steam in the condensate lines, leaks, and waterhammer.

At the time, many of the pumps on VCU’s steam system were electric, which are notorious for cavitation, vibration, and condensate leaks. “A number of the electric pumps were not working,” said Barefoot. “They were leaking and dumping condensate down the drain.” 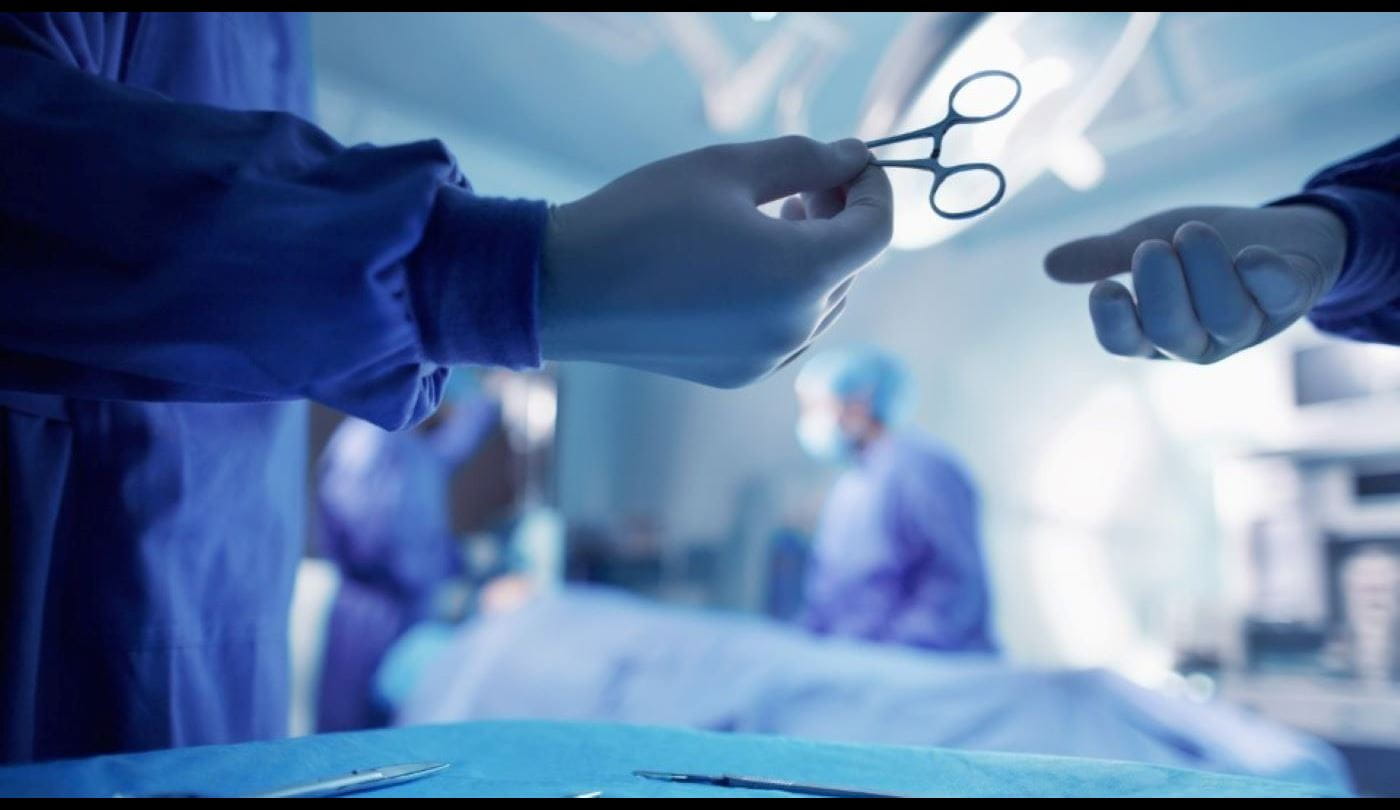 Barefoot informed Johnston that high condensate temperatures cause cavitation in electrical pumps. As the impeller turns, hot condensate is pulled in, flashing as it enters. Over time, this flashing action erodes the impeller.

The resolution was a steam-pressure-powered pump package, a receiver, and new piping. Contrary to electric pumps, steampressure- powered pumps operate only when they need to. The pump cycles as the receiver fills and empties. “I suggested that he put a Spirax Sarco Pivotrol®—a pressure- powered pump system—at the vertical section to pump the condensate up to the elevated level instead of relying on the system pressure to push the condensate,” Barefoot said. “VCU installed the pump and it has worked like a charm ever since."

The Pivotrol that was installed to solve the vertical condensate return line issue was the first in a series of solutions that Spirax Sarco provided for VCU. After it was installed, VCU no longer experienced condensate line leaks at that section and the waterhammer stopped. “Installing this pump proved the pressure-powered pump concept to VCU,” said Barefoot.

According to Barefoot, VCU purchased the “skid concept.” “They didn’t just buy a pump,” he said. “They bought a pump package. We sold them the pump with the vented receiver tank and the piping that connects all the components. We designed it for them, made all of the connections, and sold them the complete skid. They could have bought just a pump from us and tried to do the rest of the design and configuration themselves. However, providing the skid made it very easy for them to install because the piping was already done. When the skid came in, all of the connections were in the right place. All of the piping was done. They just slid it in and made a couple of connections.”

Typically, pressure-powered pump skid packages are not one-size-fits-all. “Almost every one was custom,” said Barefoot. “We put the connections where VCU needed them for each mechanical room. We created the drawings, VCU approved them, we built the skids, and they slid them into place.”

VCU relied on Barefoot and the Spirax Sarco team for each electrical pump it replaced with a steam-powered pump skid package. “We started in the mechanical rooms—one at a time,” said Barefoot. “Each time we installed a skid, we verified its operation before moving on to the next. Wherever VCU has a condensate return, Spirax Sarco is replacing electrical pumps with steampowered pump skids—system-by-system. We’ve been doing this for about 5 years”

There’s more to a steam system than pressure- powered pumps. “We started VCU on an annual steam trap survey program because they weren’t testing their traps,” Barefoot said. “Steam was flowing through the traps and was pressurizing the condensate receivers. That’s part of the reason the motors were burning up. Traps are supposed to stop the steam and allow only the condensate through. Instead, VCU’s traps were allowing flash steam through. They were leaking, which allowed flash steam to go directly into the condensate pump and tank.”

According to Barefoot, starting VCU on an annual steam trap survey program and replacing failed traps with traps from Spirax Sarco has significantly improved steam trap reliability. In addition to the steam-pressure powered pumps, VCU has since standardized on Spirax Sarco traps.

After replacing quite a few pumps and traps, Johnston told Barefoot that VCU was having problems with its blow down heat recovery system and wanted to try something different. Because of its age, the system didn’t work properly. “We suggested our standard blow down heat recovery package as a solution and they decided to go ahead and purchase it,” Barefoot said. “They replaced the old one with the new one from Spirax Sarco, and it has been working very well.”

Occasionally, a blow down procedure must be performed to keep the total dissolved solids at a reasonable level within the boilers. If steam from the blow down is just directed into a tank, a great deal of thermal energy is wasted. However, blowing down through a heat exchanger allows much of the heat to be captured.

A blow down heat recovery system is simple. The system’s components include a flash tank, a heat exchanger, and a steam trap. The steam trap is the only control. The flash tank captures the steam from the blow down. Solids suspended in the water fall to the bottom. The steam goes to the top and out. If the steam pressure is high enough, it will push through the take-off at the top of the flash tank to supplement the steam in the deaerator tank. Condensate drops down through the heat exchanger, which heats the incoming make-up water. The trap regulates the entire process.

VCU is pleased with Barefoot and the Spirax Sarco team. According to VCU, steam trap failures have been reduced because of the annual surveys, resulting in significant savings. Because of the reliability of the pressure-powered pumps, more condensate is returned to the steam plant instead of going down the drain. Steam system efficiency has increased while energy costs have decreased.

Until Barefoot moved to the area, VCU did not have the benefit of Spirax Sarco’s steam expertise. Over the years, he provided solutions, proved concepts, built a lasting relationship with VCU, and helped them standardize on Spirax Sarco solutions.